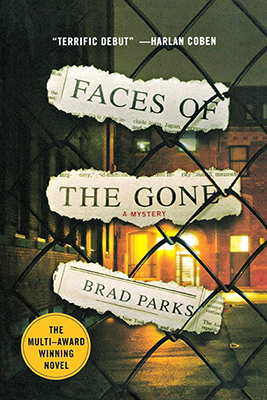 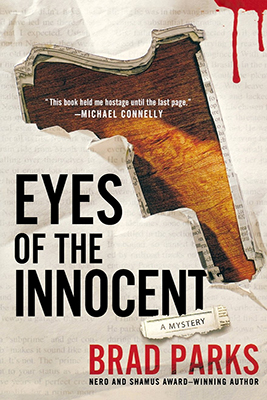 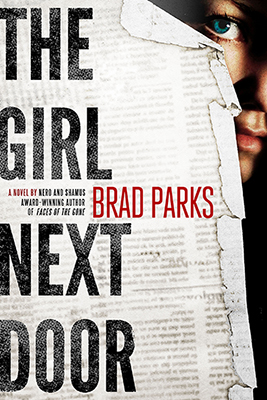 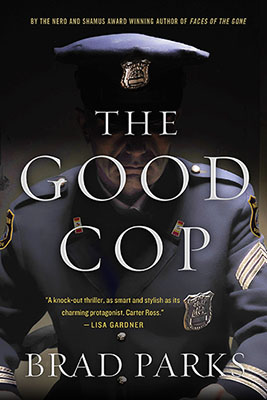 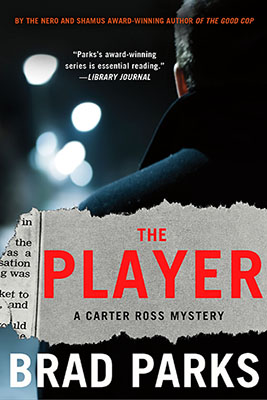 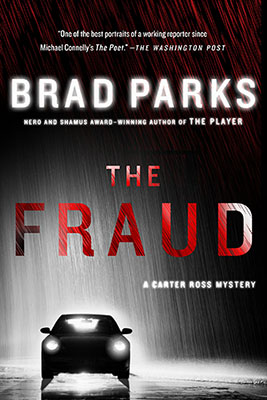 “This is the most hilariously funny and deadly serious mystery debut since Janet Evanovich’s One for the Money.”
—Library Journal, starred review

Faces of the Gone

A shooting can rattle a city, even if it’s gun-choked Newark. Investigative reporter Carter Ross finds himself with gruesome front-page news: four bodies in a vacant lot, each with a single bullet hole in the back of the head. In a haste to calm residents, local police leak a story to Carter’s colleagues at the Newark Eagle-Examiner, calling the murders revenge for a bar stick-up. But while Carter may not come from the streets, he knows a few things about Newark’s ghettos. And he knows the story the police are pushing just doesn’t make sense. The paper prints the police’s version anyway—under the journalistic theory that it’s better to be first than factual—leaving Carter all but alone to find the real story. He enlists the aide of Tina Thompson, the paper’s smoking hot city editor, to run interference for him at the office; Tommy Hernandez, the paper’s gay Cuban intern, to help him with legwork on the street; and Tynesha Dales, a local stripper, to take him to Newark’s underside. Soon, Carter learns the four victims have one connection after all, and this knowledge puts him in the path of one very ambitious killer.

Westfield Leader: Author Fictionalizes End to True Murder Mystery
The Star-Ledger: Author Bases Novel on a Crime in Newark
Working Stiffs: Yes, This is Really Work
Poe’s Deadly Daughters: The Day My Characters Started Talking to Me
Do Some Damage: Faces of the Divas
Kill Zone: Here be Sharks…
Page 69 Test: Faces of the Gone

“Mr. Parks, himself a former newspaperman, knows this turf well. In the course of showing Ross nailing down the story, he has a lot of fun with office politics, Ross’s love life, and the desire that a put-upon reporter may sometimes feel to have a conversation with a sympathetic Coke machine.”
—The Wall Street Journal

Eyes of the Innocent

Carter Ross, investigative reporter for the Newark Eagle-Examiner, is reporting on the latest tragedy to befall Newark, New Jersey, a fast-moving house fire that kills two boys. With the help of the paper’s newest intern, a bubbly blonde known as “Sweet Thang,” Carter finds the victims’ mother, Akilah Harris, who spins a tale of woe about a mortgage rate reset that forced her to work two jobs and leave her boys home alone. Carter turns the story into a front page feature, but soon discovers Akilah isn’t what she seems. When Newark councilman Windy Byers is reported missing, Carter must plunge into the murky world of urban house flipping and Jersey-style political corruption, aided by his usual mix of humor and street smarts.

Connecticut Post: Parks Returns to Ridgefield with New Novel
Princeton Connections Magazine: Fact to Fiction
Jungle Red Writers: Reverend Brad Explains It All
Lesa’s Book Critiques: Stealing From The library
Do Some Damage: 10 Things Writers Can Learn from Taylor Swift
The Lipstick Chronicles: Brad Gets Light-Headed
The Rap Sheet: The Story Behind the Story

Word Nerd: Sonnets, Sardines and Community
The Thrill Begins: Things I Learned as a Debut Author
The Kill Zone: Getting the Dead out of Deadline
Criminal Minds: Is Just Another World for Nothing Left to Lose
Shelf Awareness: Author and Books and Crannies, A Love Story
Mulholland Books: A Conversation with Hilary Davidson
Sea Minor: Dancing with Myself
The Big Thrill: Eyes of the Innocent

“The Girl Next Door is perfect for the reader who loves an LOL moment but wants a mystery that’s more than empty calories.”
—Shelf Awareness, starred review 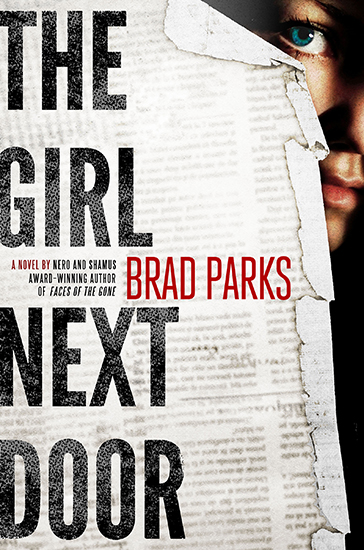 The Girl Next Door

Reading his own newspaper’s obituaries, veteran reporter Carter Ross comes across that of a woman named Nancy Marino, who was the victim of a hit-and-run while she was on the job delivering copies of that very paper, the Eagle-Examiner. Struck by the opportunity to write a heroic piece about an everyday woman killed too young, he heads to her wake to gather tributes and anecdotes. It’s the last place Ross expects to find controversy—which is exactly what happens when one of Nancy’s sisters convinces him that the accident might not have been accidental at all.

It turns out that the kind and generous Nancy may have made a few enemies, starting with her boss at the diner where she was a part-time waitress, and even including the publisher of the Eagle-Examiner. Carter’s investigation of this seemingly simple story soon has him in big trouble with his full-time editor and sometime girlfriend, Tina Thompson, not to mention the rest of his bosses at the paper, but he can’t let it go—the story is just too good, and it keeps getting better. But will his nose for trouble finally take him too far?

Kill Zone: The Kill Bell
Poe’s Deadly Daughters: Brad Parks on the Couch
Lesa’s Book Critiques: On Kids and Libraries
Rap Sheet: Storytelling Was Meant to Be My Life

“Parks’s award-winning series is essential reading. This fourth entry is a fine blend of suspense, bumbling-with-a-purpose detecting, and a chatty, humorous tone that the author makes seem effortless.”
—Library Journal 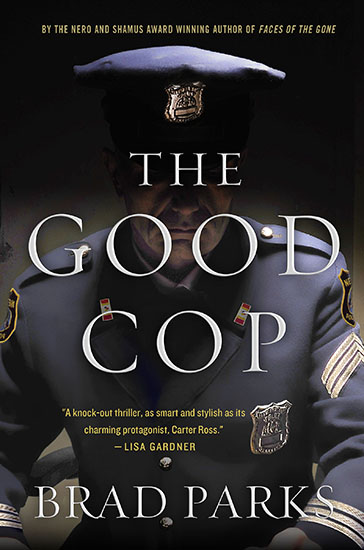 As long as Newark Eagle-Examiner reporter Carter Ross turns in his stories on deadline, no one bats an eye if he doesn’t wander into the newsroom until 10 or 11 in the morning. So it’s an unpleasant surprise when he’s awakened at 8:38 by a phone call from his boss, telling him a local policeman was killed and Carter will be covering the story, starting immediately. Shaking himself awake, Carter heads off to interview the cop’s widow before other media outlets hear the news. He’s baffled when, hours later, there are still no other reporters at the widow’s house. And then he gets another call from his boss: the story’s off, the cop committed suicide.

But Carter can’t understand why a man with a job he loved, a beautiful wife, and plans to take his adorable children to Disney World would suddenly kill himself. And when his widow makes a public statement to the same effect and Carter’s calls to the police and the morgue are repeatedly blocked, it’s clear someone knows more than he’s saying about the cop’s death. The question is, who? And what is he trying to hide? With his usual single-minded devotion to a good story—and to the memory of a Newark policeman—Carter will do whatever it takes to uncover the truth.

“The Player is a highly entertaining tale and one of the best portraits of a working reporter since Michael Connelly’s The Poet.”
—The Washington Post 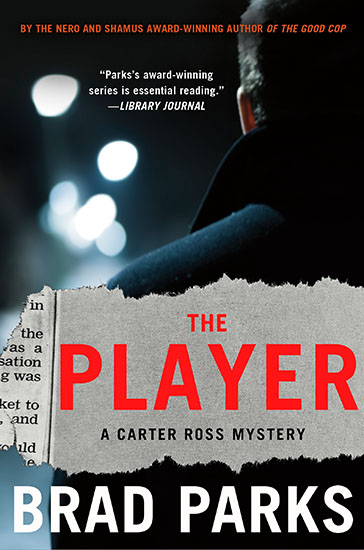 When he hears residents of a Newark neighborhood are getting sick—and even dying—from a strange disease, investigative reporter Carter Ross dives into the story—so deep he comes down with the illness himself. With even more motivation to track down the source of the disease, Carter soon hits upon a nearby construction site. But when the project’s developer is found dead, and his mob ties surface, Carter knows he’s looking at a story much bigger—and with even more dangerous consequences—than an environmental hazard.

Back in the newsroom, Carter has his hands full with his current girlfriend and with the paper’s newest eager intern, not to mention his boss and former girlfriend Tina Thompson, who has some news for Carter that’s about to make tangling with the mob seem simple by comparison…

The Washington Post: Carter Ross is Entangled in Another Mystery
Dartmouth Alumni Magazine: The Reporter
The Big Thrill: The Player
Jungle Red Writers: The Moonlighting Dilemma

“If reporters were the sort who crafted artisan signs about their business, Brad Parks could have a thriving sideline. (He) writes incisively, accurately and beautifully… about what it means to be a newspaper reporter.”
—The Star-Ledger 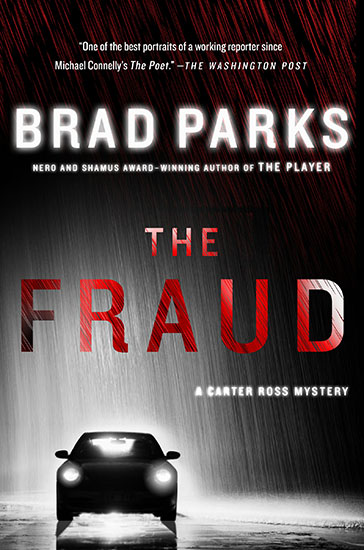 A rash of carjackings terrorizing Newark become newsworthy when one such theft ends in the murder of a wealthy banking executive. Affable, wisecracking reporter Carter Ross is assigned the story, but he’s weary of only writing about victims of crime who happen to be rich and white. To balance his reporting, he finds a Nigerian immigrant of more modest means who was also killed during a recent carjacking.

When it turns out the two victims knew each other, and may have shared more than just a round of golf during their cut-short lives, Carter is plunged onto the trail of a gang of killer car thieves that includes a sociopathic ex-convict.

Soon, the investigation becomes more than just a news story for Carter, who is forced to make the ultimate choice about who gets to live: him or his unborn child…