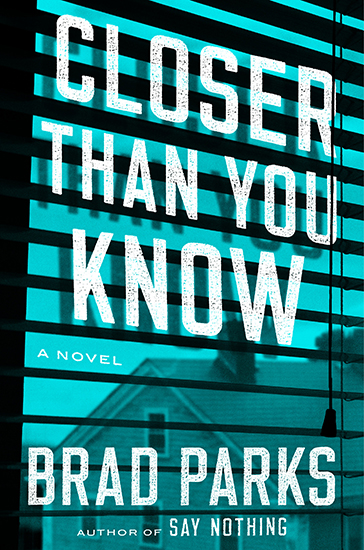 Closer Than You Know

Disaster, Melanie Barrick was once told, is always closer than you know.

It was a lesson she learned the hard way growing up in the constant upheaval of foster care. But now that she’s survived into adulthood—with a loving husband, a steady job, and a beautiful baby boy named Alex—she thought that turmoil was behind her.

Until one Monday evening when she goes to pick up Alex from childcare only to discover he’s been removed by Social Services. And no one will say why. It’s a terrifying scenario for any parent, but doubly so for Melanie, who knows the unintended horrors of what everyone coldly calls “the system.”

Her nightmare mushrooms when she arrives home to learn her house has been raided by sheriff’s deputies, who have found enough cocaine to send Melanie to prison for years. The evidence against her is overwhelming, and if Melanie can’t prove her innocence, she’ll lose Alex forever.

Meanwhile, assistant commonwealth’s attorney Amy Kaye—who has been assigned Melanie’s case—has her own troubles. She’s been dogged by a cold case no one wants her to pursue: a serial rapist who has avoided detection by wearing a mask and whispering his commands. Over the years, he has victimized dozens of women.

Including Melanie. Yet now her attacker might be the key to her salvation… or her undoing.


WH Smith: Writing from a female perspective
Poisoned Pen Blog: I hate Christopher Rice
Female First: The importance of hanging around
ShotsMag: The premise of Closer Than You Know
From First Page to Last: Brad Parks Q&A
#Allthebookreviews: Author Q&A with Brad Parks

Praise for Closer Than You Know

NAMED A BEST BOOK OF 2018 BY KIRKUS REVIEWS

“Parks dishes out another irresistible descent into hell for a heroine who regards her harrowing plight with a sobering verdict: ‘It was like hitting a new bottom every day.'”
—Kirkus Reviews, starred review (read more)

“Another winning tale of domestic suspense from the Shamus and Nero Award-winning author Parks, who knows how to get readers to empathize emotionally with his characters while amping up the tension and suspense from the first page.”
—Library Journal, starred review

“A diverting, exciting read, with an ending you won’t see coming.”
—Booklist

“From the author of the incredible Say Nothing, this new title is so riveting that it pulls you even deeper into the thrilling imagination and amazing writing of the talented Brad Parks. . . Brad Parks is a master at creating frightening, emotionally-overcharged stories that take your breath away.”
—Suspense Magazine

“Spellbinding. . . His years as a newspaper reporter more than sufficiently familiarized him with the justice system to craft a highly credible story. As for his ability to convey shock, tension and suspense in a finely-constructed story, that’s Parks’ unique talent as a writer.”
—The Star-Ledger (read more)

“With this blockbuster Brad Parks has effectively surpassed the limitations of popular genre mystery and suspense. Now he is committing literature.”
—The Virginian Pilot (read more)

“Closer Than You Know moves at a brisk pace as Parks makes each character realistic and makes the peril that comes into each life believable.”
—South Florida Sun-Sentinel (read more)

“Closer Than You Know grabs you by the gut in Chapter One and keeps upping the tension through every shocking plot twist. Don’t expect to come up for air until the final, satisfying pages.”
—Alafair Burke, New York Times bestselling author of The Wife

“Strong plotting, memorable characters, and situations that will hit readers where they live make Closer Than You Know a compulsive read.”
—Linwood Barclay