“The novel’s final pages are exciting, surprising and deeply moving. How moving? Its ending brought me to tears, and, where books are concerned, such moments are rare.”
—The Washington Post 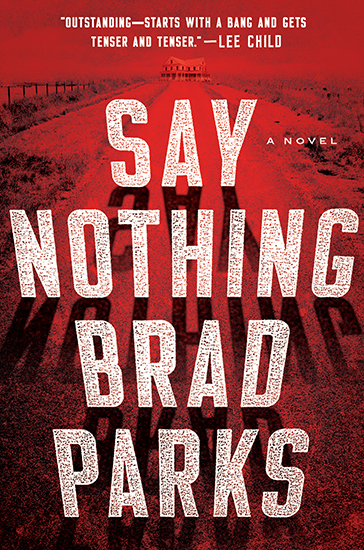 Judge Scott Sampson doesn’t brag about having a perfect life, but the evidence is clear: A prestigious job. A beloved family. On an ordinary Wednesday afternoon, he is about to pick up his six-year-old twins to go swimming when his wife, Alison, texts him that she’ll get the kids from school instead.

It’s not until she gets home later that Scott realizes she doesn’t have the children. And she never sent the text. Then the phone rings, and every parent’s most chilling nightmare begins. A man has stolen Sam and Emma. A man who warns the judge to do exactly as he is told in a drug case he is about to rule on. If the judge fails to follow his instructions, the consequences for the children will be dire.

For Scott and Alison, the kidnapper’s call is only the beginning of a twisting, gut-churning ordeal of blackmail, deceit, and terror; a high-profile trial like none the judge or his wife has ever experienced. Their marriage falters. Suspicions and long-buried jealousies rise to the surface. Fractures appear. Lies are told.

Through it all, Scott and Alison will stop at nothing to get their children back, no matter the cost to themselves… or to each other.

The Washington Post: A thriller that plays on our worst parental fears
The Star-Ledger: Brad Parks latest, Say Nothing, says it all perfectly
The Washington Times: Kidnapping of judge’s children propels fast-paced thriller
CentralJersey.com: Brad Parks tries something new
The Big Thrill: Say Nothing by Brad Parks

A Personal Note from Brad
Brad Parks on Where He Wrote Say Nothing
Thriller Writer Brad Parks on What Scares Him
10 Things I Want My Readers To Know About Me
Why I Write
Don’t Judge Me… or, wait, please do
How to be an Author

Praise for Say Nothing

“It’s a strong plot, and Parks makes the most of it… The novel’s final pages are exciting, surprising and deeply moving. How moving? Its ending brought me to tears, and, where books are concerned, such moments are rare. Parks’s six novels about investigative reporter Carter Ross won crime-fiction prizes, but this stand-alone carries his work to a new level.”
—Patrick Anderson, The Washington Post (read more)

“Parks does a fantastic job conveying every parent’s worst fear while also showcasing the marital conflict and mistrust that erupts in the midst of a crisis. The complications and twists build to an unexpected climax that is both perfect and gut-wrenching. Parks’s previous novels have been good, but this is his best to date. Fans of Harlan Coben and Lisa Gardner will love this thriller. Don’t stay silent, tell everyone.”
—Library Journal, starred review

“Parks dispenses plot twists with a poisoned eyedropper… The nerve-shredding never lets up for a minute as Parks picks you up by the scruff of the neck, shakes you vigorously, and repeats over and over again till a climax so harrowing that you’ll be shaking with gratitude that it’s finally over.”
—Kirkus Reviews, starred review

“Parks’ legal thriller gets off to a roaring start, plunking us immediately in the middle of things… We’re here for the action, too, and Parks comes through.”
—Booklist

“What elevates this novel to the first rank of the thriller-whodunit hybrid is [Parks’s] storyline, which begins by shocking the mind and ends by shattering the heart. The work of an author who continues to raise his sights and refine his immense talent, Say Nothing marks a significant departure into darker realms. And readers will quickly say ‘yes’ to this spell-binding, disturbing novel.”
—The Richmond Times Dispatch (read more)

“Some books, especially stories about children acting nobly, make me mist up. But real tears, enough to require dabbing eyes? That does not happen. Yet as I finished the former Star-Ledger reporter’s latest book, I was crying… Brad Parks has been very good for a long while now… Say Nothing takes Parks to a new level.”
—The (Newark, N.J.) Star-Ledger (read more)

“With the fascinating backdrop of the U.S. judicial system, this outstanding race-against-time psychological thriller is as much a tale of family dynamics as of criminal behaviour, as the judge even starts to suspect his wife of being involved with the kidnap. The old cliche of page-turner is dead right here. This twisted tale is written with such power and intelligence that you have no option other than to read it under your desk at work.”
—The Daily Mail (read more)

“Alarmingly plausible and consistently impressive… the plotting in particular matches [John Grisham] at his best.” Top Choice: Thriller of the Month
—The Sunday Times

“It’s a tale that grips the reader from the get-go and doesn’t let up until the final twist in a story that’s filled with surprises.”
—Associated Press

“We are only 60 pages in. Our fingernails are bitten to the quick. Our stomach is in knots. Author Brad Parks has us as hooked as a marlin on 130-pound test… His growing fan base will be clamoring for more.”
—Florida Times Union (read more)

“Riveting… Say Nothing is a fast ride with plot twists and cliff hangers at every turn and a heartbreakingly explosive ending. For lovers of suspense, and even those who only occasionally partake, this story will satisfy and leave you thinking long after it’s over.”
—Daily Press (read more)

“When I get asked what book I would recommend, Say Nothing is now my first answer. I have just spent the last two days pouring over this thriller, devouring every word and I cannot say too many good things about it. Let me save you a skip to the foot of the page: Say Nothing gets an epic five stars from me… Brilliant, brilliant storytelling.”
—Grab This Book Blog (read more)

“Written with the perfect blend of Harlan Coben’s trademark suspense and a Joseph Finder-like conspiracy, Brad Parks’ Say Nothing will leave readers completely speechless. If you’re searching for the next unputdownable thriller, here it is!”
—The Real Book Spy (read more)

“Terrific book. Truly terrific. Tension throughout and tears at the end. What could be better than that?”
—Author Sue Grafton

“Outstanding—starts with a bang and gets tenser and tenser. Say Nothing shows Parks is a quality writer at the top of his form.”
—Author Lee Child

“A twisting, suspenseful ride that adds a new and original twist to the legal thriller: a judge, cornered. If you haven’t discovered Brad Parks yet, Say Nothing is your chance. Smart, propulsive storytelling.”
—Author William Landay

“Say Nothing moves Brad Parks onto the top shelf of thriller writers. He grabs readers’ hearts in the first chapter, and doesn’t let go until the last line.”
—Author Joseph Finder

“A pedal-to-the floor thriller! Say Nothing grabs you from the first few paragraphs and never lets go. Writing in sharp, no-nonsense prose, Parks perfectly nails the dynamics of a family under the gun and has conjured a plot (did I mention high-speed?) that leaps straight from today’s headlines. This novel’s a winner!”
—Author Jeffery Deaver

“Say Nothing is tremendously satisfying, packed with engaging characters and surprising plot twists and a furious build of tension until its gut-wrenching pay-off.”
—Author Chris Pavone

“Grips you in a vice from the very beginning, and shreds your emotions. Terrific, powerful storytelling at its very best. A tour de force.”
—Author Peter James