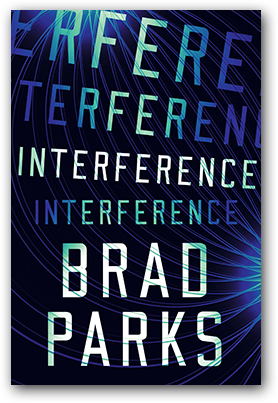 From international bestselling author Brad Parks comes an emotional, heart-pounding thriller that explores the scientific unknown—and one woman's efforts to save her husband from its consequences.

Quantum physicist Matt Bronik is suffering from strange, violent seizures that medical science seems powerless to explain—much to the consternation of his wife, Brigid.

Matt doesn't think these fits could be related to his research, which he has always described as benign and esoteric. That, it turns out, is not quite true: Matt has been prodding the mysteries of the quantum universe, with terrible repercussions for his health. And perhaps even for humanity as a whole.

Then, in the midst of another seizure, Matt disappears. When foul play is feared, there is no shortage of suspects. Matt's research had gained the attention of Chinese competitors, an unscrupulous billionaire, and the Department of Defense, among others.

With Matt's life in clear danger, Brigid sets out to find him. Will Matt be killed before she reaches him, or could the physics that endangered him actually be used to save his life?

"Interference brings all the right ingredients to a novel! Brad Parks has created a story with a fascinating plot line and great characters—an up-all-night page-turner. I loved it!"
—Heather Graham, New York Times bestselling author

"A smart, innovative thriller that evokes the best of Michael Crichton and Blake Crouch. Parks proposes the seemingly improbable, makes it plausible, then weaves in twists and turns, taking the reader on a mind-bending ride."
—Robert Dugoni, New York Times, Wall Street Journal, and Amazon bestselling author of the Tracy Crosswhite series