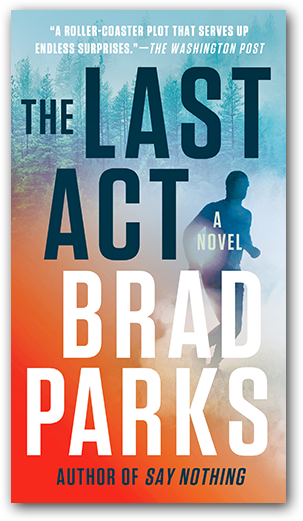 Struggling stage actor Tommy Jump knows he has to stop chasing applause and start chasing greenbacks. But then he’s offered the role of a life-time: $150,000 for a six-month acting gig. With a newly pregnant fiancée depending on him, it’s an opportunity he can’t refuse, even though the offer comes from the strangest employer imaginable: the FBI.

The feds won a small victory when they arrested Mitchell Dupree, a banker who has spent the past four years laundering money for New Colima, one of the deadliest cartels in Mexico and a major supplier of crystal meth in the US. But Dupree has documents that could lead to arrests of high-ranking members of New Colima, including their fearsome leader, El Vio . . . if only he’d tell the FBI where they are.

Using a false name and backstory, Tommy will enter Dupree’s low-security prison as a felon and get close to the banker in the hopes that he’ll reveal the documents’ whereabouts. But when Tommy arrives, he quickly realizes that he’s underestimated the enormity of his task and the terrifying reach of the cartel. Because the FBI isn’t the only one looking for the documents, and if Tommy doesn’t play his role to perfection, it just may be his last act.

"This novel packs on the suspenseful surprises and plot reversals that made Parks a mainstay on the best-seller lists, but it’s not just gritty and dark. With a lighter approach, Parks focuses on enduring characters and sharp wordplay, perfect for those who like their thrillers witty rather than bloody. Even if they aren’t fans of Broadway musicals, readers will want to see out this one."
—Library Journal, (starred)

"A Brad Parks novel offers two pleasures. One is watching a stunning talent at work. The other—operating almost apart from the first—is getting wrapped in the coils of a fiendishly clever thriller."
—Booklist

"The FBI hires an aging child actor to go undercover in a West Virginia prison...so what could possibly go wrong? Fans of Parks’ well-oiled thrillers won't even bother to ask; they’ll be too busy licking their chops anticipating the twists that are bound to come."
—Kirkus Reviews

"A superb, highly original thriller with a terrific premise. I loved it."
—Peter James, No. 1 international bestseller